Tapping into 20-something power 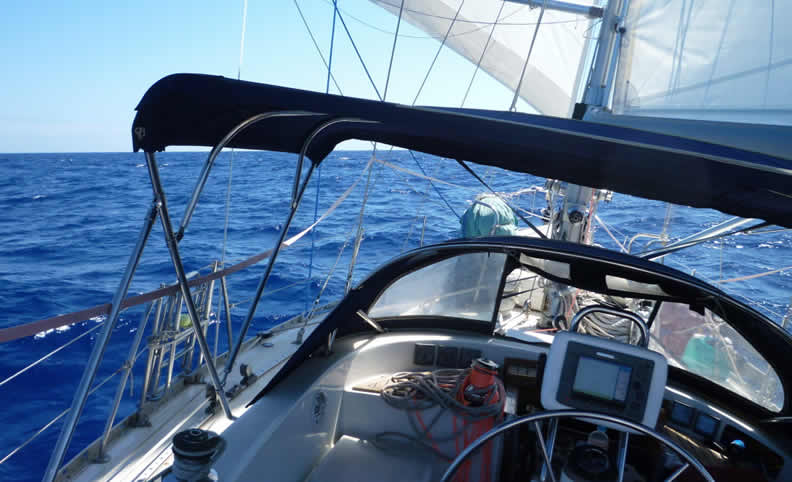 When Bahati, my Montevideo 43, landed on Christmas Island, the first stop in our 2010 Indian Ocean crossing, I had three 29-year-old crewmembers on board, all male. It had been eight days since our escape from Bali and the crew were a bit desperate for female companionship. Within three hours of landing the guys had discovered the Golden Bosun Tavern and three Bundabergs later they’d scoped-out and befriended the entire bar staff, including a wild-looking young Aussie woman who called herself “Kathy.”

One of the guards from the local refugee “holding facility” (read: prison) warned me that we should watch out for “Kathy” as she was renowned for roaming the island on full-moon nights murdering feral cats with a machete. I tried to get the word out to my boys, but I was too late. My first mate, (call him “Bill”) did not return to the boat that night (Bill was the only one of the three who had committed to stay aboard as far as South Africa).

When Bill did finally show up, he looked like he’d been rundown by a crazed kangaroo. I was relieved to see him alive and asked him how his night had been. He collapsed on his bunk. He could barely speak, and when he did his voice quavered like a war vet suffering from PTSD. I made a quick mental note to get us off Christmas Island and out to sea as soon as we could get the autopilot repaired and the ship’s stores replenished.

My other two 29s left the boat and flew to Cocos (Keeling) the next day to do some surfing and pursue their own testosterone-driven quests. That left me and Bill to fend for ourselves. Before our departure prep was complete he’d managed to seduce a second, younger and decidedly more innocent waitress who jumped with him off the pier and swam out to the boat in a billowing Indian print dress to bunk down in the forecastle for Bill’s last lusty night in port.

Morning came and Bill ferried his new friend ashore, bid her a sweet farewell, and returned to the boat hung-over and hangdog. We hoisted the dinghy aboard and prepared for another fortnight at sea.

Now, I realize all this may sound like a long-distance cruiser’s sex-driven nightmare, but truth-be-told I’m extremely grateful for these rough and rowdy 20-somethings. I was fortunate to have 10 of them join me at different junctures during our five-year voyage. Two of them were rugged women and the rest were of the salty male variety. Our son, Josh (see “Voyaging weather communications,” Sept 2008, Issue 172), at age 26, spent 18 months generously and masterfully helping us find our way from the Caribbean to New Zealand.

Without exception, male or female, they were ready to hit the foredeck, climb the mast, or dive under the keel regardless of how nasty the circumstances. In the midst of the deepest low we encountered on our storm-plagued passage from Tonga to New Zealand, Tom, the most upbeat and gung-ho of the lot, was found on the after-deck in his skivvies, taking a bath and singing sea shanties. The rest of us were bundled up in foul weather gear and woolies.

I recommend recruiting as many 20-something experienced hands as you can find en route. Younger crew contribute an extraordinary amount of energy, chutzpah, strength, and willingness to take risks. If they are real sailors (and all of ours were) they offer a powerful mix of the pirate and the highly dedicated seaman. It’s in their bones.

I grew up sailing with mentors who trusted me to take the helm and make mistakes because they knew I’d learn best by doing, not by being told what to do. Committed younger sailors are willing to stick their necks out in every way. More often than not, that willingness results in gradual but sure accumulation of wisdom and a growing sense of caution as life goes on. They may sometimes challenge your patience, but they will inevitably serve your mission and your boat well! 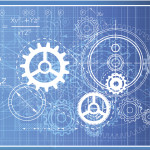 My father was an engineer who became the CEO of a small utility company based in the State of Maine just across the Canadian border in the US. He grew up in Portland and spent his entire working life at the same firm. When I was 16, he and my mother took our family on a ‘grand tour’ of Europe. What interested Dad the most, as we moved from the UK across the Continent, was the varied designs of the water towers he discovered en route… 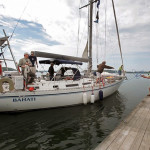 Finding eager and competent crew while voyaging can be a challenge. The question of how many crew one should engage to help safely sail a small boat around the world is a tough one. Obviously, it’s a matter of personal choice. Some sailors prefer to sail alone and others feel safer and happier with help on board…